Headspace has this week opened in its fifth location with the launch of its Adelaide Exchange building in Belfast City Centre.

The space was acquired in November 2018, as part of a deal led by sister company BESpoke, BE Offices’ managed workspace division, to source and develop customised space for one of the big four international professional services firms.

The new space has been developed as part of a CAT A and CAT B refurbishment programme to create a hub for Belfast’s tech, media and creative communities. Equipped to a high specification, there is also a dedicated on-site team responsible for curating social and business events for members, ranging from panel discussions and workshops to yoga and social events. 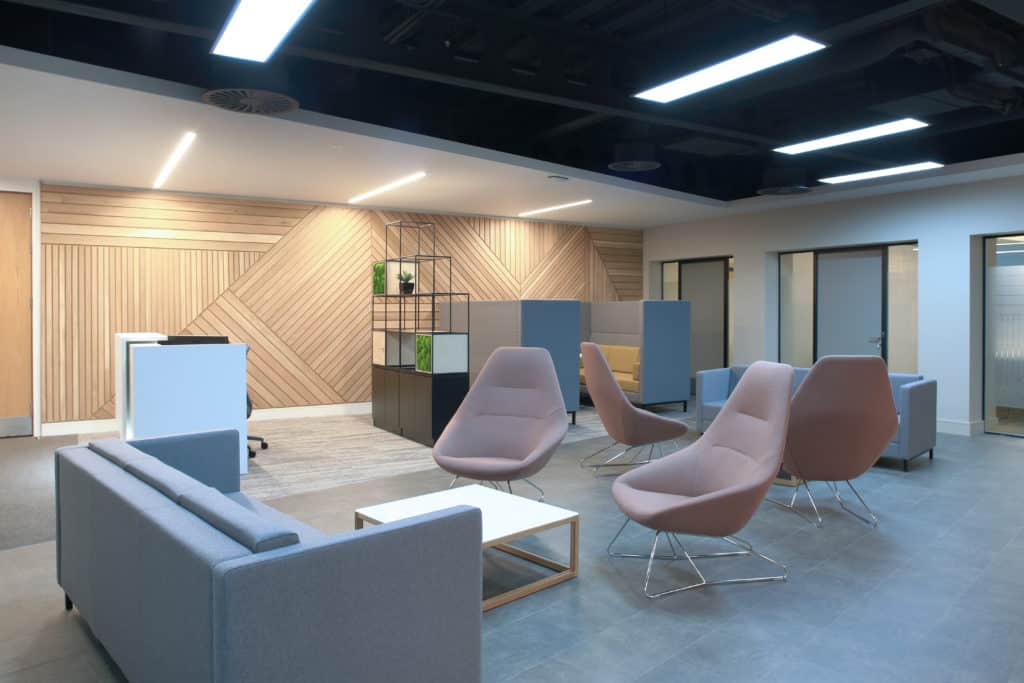 The Northern Ireland opening expands the Headspace portfolio to five locations which also include London’s Farringdon and Marylebone, Manchester and newly opened Birmingham, with more to come before the end of the year.

Headspace Group was acquired by flexible workspace provider BE Offices in 2017 and has announced its intention to expand the Headspace brand to as many as 20 spaces in coming years.

The boutique operator counts an array of businesses – from freelancers and start-ups to tech unicorns and PLCs – amongst its membership base.

Fabrizio Nicola-Giordano, Managing Director of Headspace Group, said: “Belfast has a reputation as a home for innovative, fast growing businesses, which is very much in line with what Headspace is known for. We’ve created a vibrant, inspiring and collaborative space suitable for the city’s most dynamic businesses and we are hugely excited about the opening.”