For years, the renting industry has been a minefield for renters and owners alike. For this month’s Headspace Story, I interviewed Sam Phillips, co-founder and CTO at Residently; the company revolutionising the rental industry. We talked origins, expansion and diversity in tech. 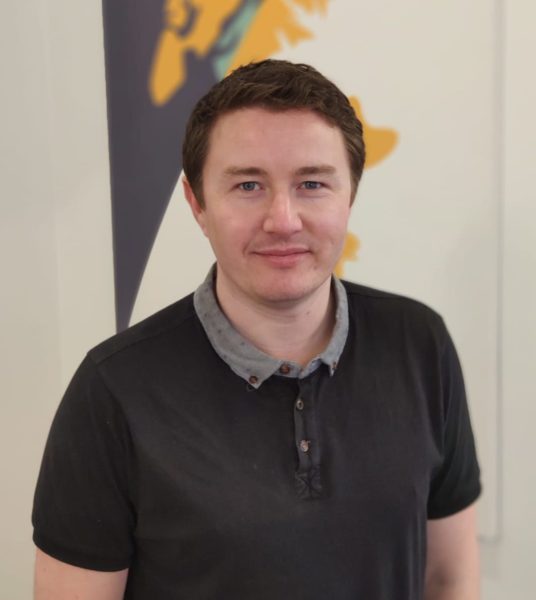 Can you tell me about Residently?

We founded the company in October 2016. We are taking the old-fashioned, offline world of lettings and bringing it into the 21st century. Imagine if finding a home was as easy as ordering a taxi or a takeaway – we don’t see why it can’t be. Residently in its current guise started in 2017, having previously operated as a short-term lettings business. We pivoted the business the same year, and I was part of the founding team for that.

How have the team at Residently adapted to these major changes?

We’ve changed everything! We hired a team in Manchester, we hired a team in London, we’ve just launched New York, so Residently has been going this whole time from nothing at all in place, just a couple of spreadsheets. On day one at Headspace, there were just 3 of us. Our designer Mike was the first Headspace Manchester client through the door! We’ve since hired a dozen people here.

What would be your advice in working with major changes?

My advice would be to find great people for your team, and then to support and trust them to do a great job. We’ve been lucky to hire an amazing product and engineering team in Manchester.

Do you see Residently expanding further?

Yes. I’ll be hiring a developer a month for the rest of the year, so we’ll be expanding by the end of this year. We are seeing growth across all of our offices, including London and New York. Each office location has different functions. We run product, engineering and design here in Manchester, and operations, HR and marketing in London. All the technical folks are here in Manchester, and this is where we build all of the products. We’re also expanding to LA soon.

How have you seen the team grow?

You co-founded the business. How did that happen and what made you take the leap?

I’ve known Tom, my co-founder, for years. I was previously Head of Engineering at Shutl, the original same-day delivery startup – think Amazon Prime or eBay Now, but years in advance. Tom was the CEO at Shutl and I was part of the team that sold the business to eBay in 2013. We both stayed at eBay for a number of years, building Shutl into a core part of the offering.

Soon after, Tom had occasion to rent a property in London – he thought it would be a fun adventure, but it was a nightmare. He quickly realised that somebody needed to start a business in this area, and after relocating three times to San Francisco, San Jose and Seattle – he was certain that he would build it himself. I’d been a renter for 15 years so knew the pain of the process well, so when he suggested we build a startup in this area, it was a no-brainer.

You clearly care a lot about what you do, but I hear you also are involved with coding projects outside the business.

I am a long term contributor and activist for diversity and inclusivity in technology. This started with my involvement with codebar in London, where we ran a weekly workshop. I was a coach, syllabus contributor and host. When I moved back to the North I helped relaunch codebar in Manchester, where we run monthly coding workshops for underrepresented groups in technology. I’m also part of the team that delivers the Manchester Code First: Girls courses. This is just a small part of tackling the diversity and inclusion problem in technology. It’s about bringing skills to the wider community.

Have you found that the voluntary work you have done has impacted your take on your business?

I think the voluntary work I do reflects the values I hold for my business, as we have always been committed to building a diverse and inclusive team – and for us this isn’t about token representation and statistics – it’s about building a team where everyone can succeed. By supporting local events for underrepresented groups in tech we can contribute in a small way to the “pipeline problem”… but it’s also important to run an inclusive interview process and to provide a safe environment where people want to stay.

You’ve been with Headspace since day one. What is it that you value that’s kept you here?

We like Headspace because it’s super accommodating. As we’ve needed more space, we’ve been able to move within the building, and staff are always helpful and open to feedback. We needed a change the way the internet was provisioned, that was done. We need a phone system- it’s in. Always helpful. It’s been a good relationship. At other workspaces, you often feel as if you’re interrupting their social lives, but here staff are very responsive. As a small company, it’s nice to have other like-minded businesses around- we’ve made lots of connections- we have banter with the Temple (Environmental Consultancy) guys. It’s about human contact and having a chat.

Thanks for sticking with us, Residently! If you’re interested in a revolutionary way of renting, check out the Residently website. Also, a big thank you also to Sam Phillips for taking the time to chat.

If you’re interested in membership or office space at Headspace group, you can visit our website or contact enquiries@headspacegroup.co.uk to speak to a member of our team.